Dynastar - Dynastar | A trip in the Ubaye mountains

A trip full of surprises in the Ubaye mountains

"When travelling on skis, it’s not often I am surprised in mainland Europe well that’s not true I can be surprised by the quality of the snow, the beauty of the mountains and simple pleasures of sharing this with friends and guests. However, I am not often taken aback by the remoteness and wild feel while still in the Alps."

I was caught off guard when I visited the Haute Ubaye in the Alpes Maritime earlier this winter, most people haven’t even heard of it, but a few colleagues had visited and came back raving about quiet mountains, spaced larch trees and great snow. This all sounded great so a persuaded some guests it was a great idea, booked a gite then went on planning the rest of the winter. Well, I hoped I had booked a gite having spoken to the local guide back in the autumn he just told me to remind him in January that we were coming, they have a relaxed approach in the south. 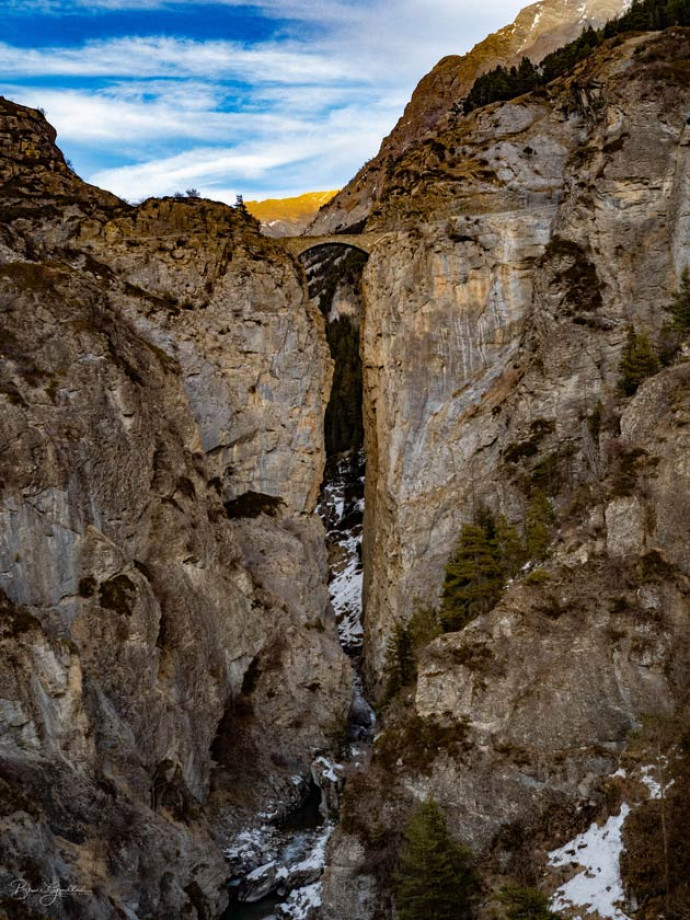 Those of you who have been skiing in the Alps this winter will have noticed the lack of snow, the further south we went the less snow there seemed to be on the forecast and any webcams I looked at were brown. As the date for the trip approached, I made increasing worried calls to the gite seeking assurance that there would be enough snow to entertain my guests for a week, you will be fine.

As we crossed the Col du Vars and descended into the Ubaye valley all I could see was brown fields, anything that was not north facing was already in full spring mode, I could not help but sense a rising feeling of dread, where were we going to ski?

We arrived at the gite an incredible location and properly off grid with no mobile or internet signal and sat down with a map and Odillon the local guide started pointing out the possibilities. It looked like slim pickings, but we were here and everyone wanted to ski, many of the guests hadn’t skied for 2 years as a result of the dreaded Covid.

Our first tour was straight from the door of the gite, a stunning valley surrounded by high rocky peaks and a little summit, now the descent was a bit crusty, but we were skiing and there was snow.

The next day we upped the anti with a longer skin and some horrific trail breaking in bottomless facetted snow, unlike snow facets don’t consolidate when you try and put a track through them. They sort of flow round your skis and I was left wishing for wide powder skis rather than lighter touring skis to help me stay on the surface. The hard work was worth it with a day of solitude fantastic views and a little ice axe and crampon work on a narrow ridge to by-pass a steep section of skinning. While I wouldn’t have described the descent as powder it was soft untracked snow.

This set the tone for the week, we would head into an untracked valley hunting out the soft north facing snow / facets, climb to a summit often using crampons or skis on our backs to crest a col then enjoy the variability of the snow as we headed back to the Gite and the hot tub that awaited. 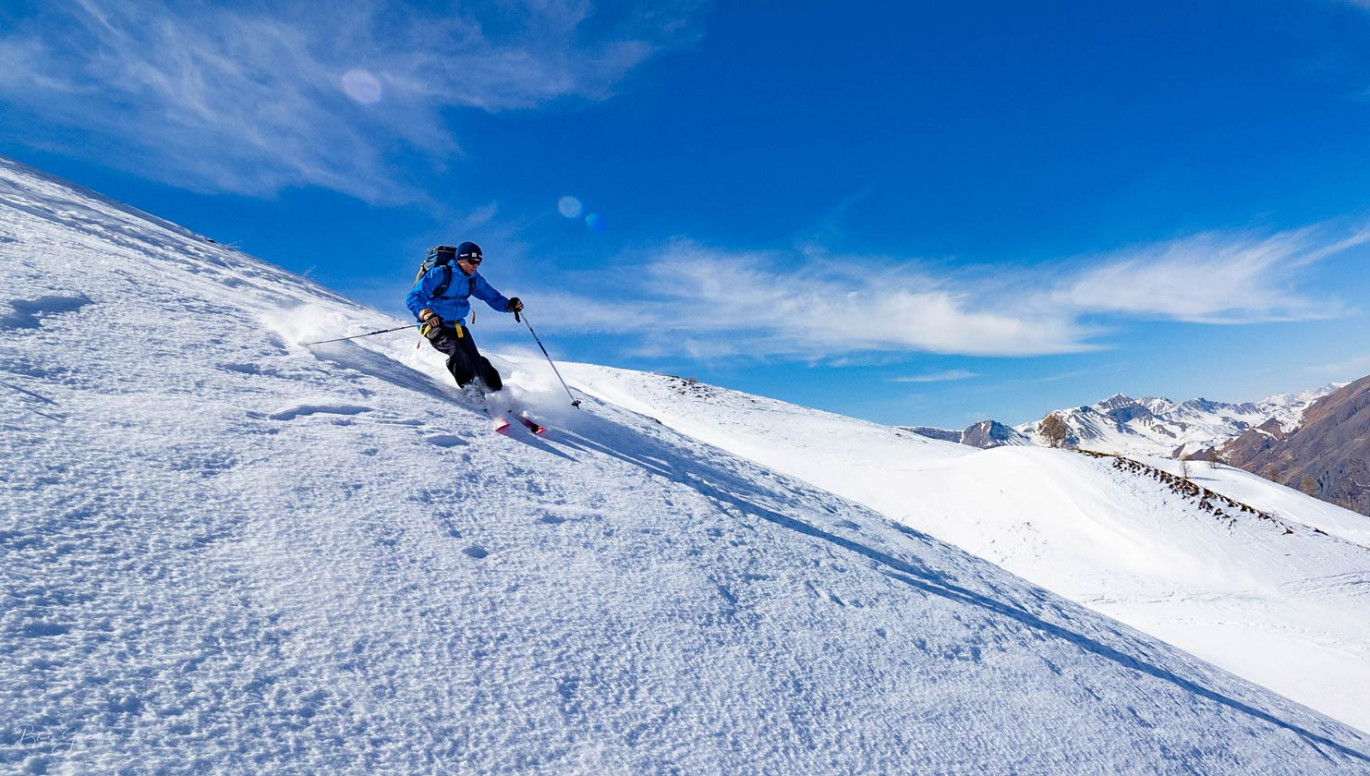 It was amazing having been initially disappointed by the quantity and quality of snow we quickly reset expectation for the trip and focussed on enjoying the unspoilt wilderness of a special part of the Alps. What would have been considered horrific snow on day 1 was perfectly acceptable on day 3 and great by day 6.

It was great to see the team embrace the challenge and after a 2-year covid break we were skiing together, in a stunning area and making plans for future adventures.

The big question at the end of the trip was would I go back; the answer was ‘definitely’ though I think I would wait a little and see how the snow was looking before heading south.

Bruce was skiing on Dynastar M tour 99, for this sort of terrain where you may encounter any type of snow this is the perfect ski, light on the up with plenty of float and grip on the down.