Imagine: Sailing in the Arctic up a fjord between deep rock walls with cascading icefalls calving into the ocean around you while searching for a ski approach up a glacier terminus. This was a reality May 2022 for Dynastar skiers Jessica Baker and Rachael Burks (myself). 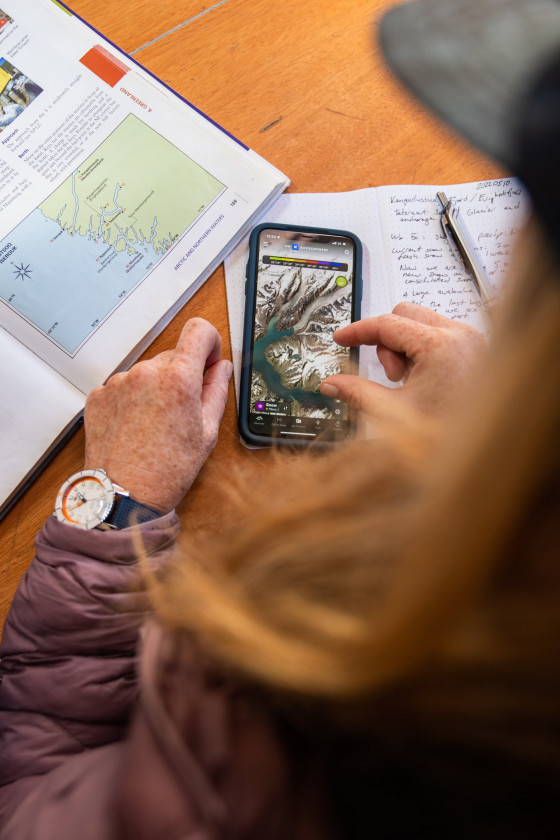 In 2019 Jessica Baker asked me to join her on a sail-to-ski expedition in Greenland. I agreed and it turned out to be a wildly successful ski expedition. We had perfect corn skiing for three straight weeks in the sun. To have perfect snow, stability, and access practically never happens. We did not complain and had a multitude of first descents and massive days up on the ice sheet. 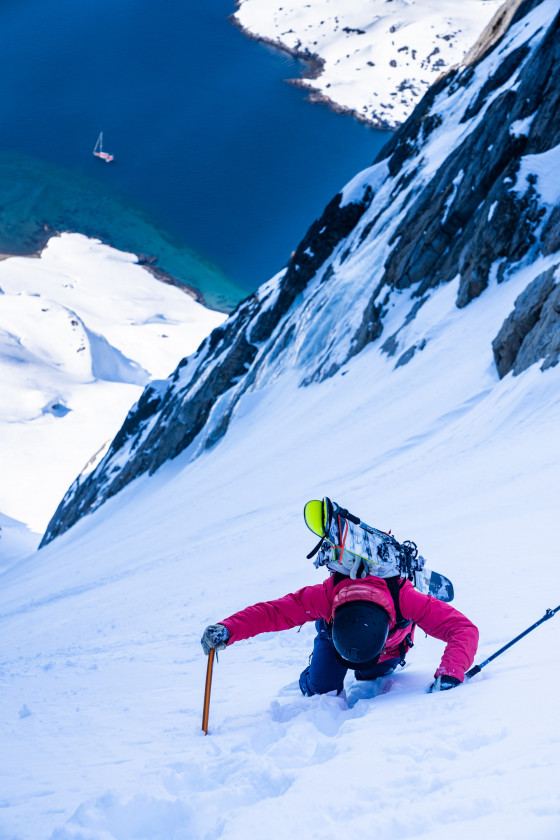 When we returned, to our dismay, we read that Greenland’s temperatures were exponentially higher than they have ever been and sadly reaching above freezing for over 24 hours at a time on top of the icecap for the first time in history. The Greenland Summit Station is located 10,555 feet above sea level resting on top of exactly that much ice. For it to remain above freezing is dramatic for the world’s second largest icecap. 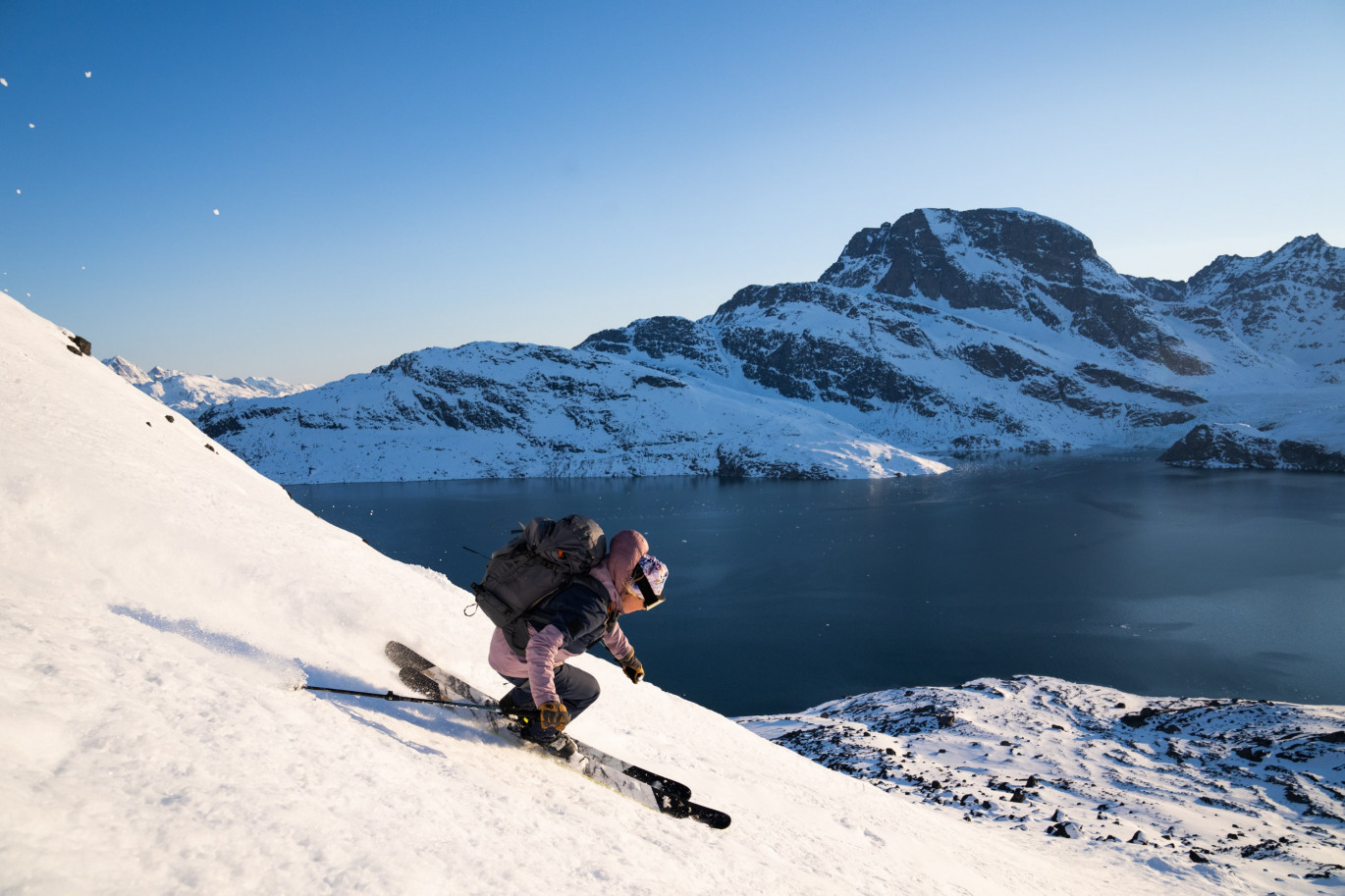 Little did we know that we were skiing perfect conditions due to the beginning of the hottest summer on record in Greenland. Fast Forward through a global pandemic and ever-increasing temperatures on the ice cap and Jess and myself returned to Greenland this spring (May 2022) to witness change first hand and attempt a modified way of traveling through these icy areas. 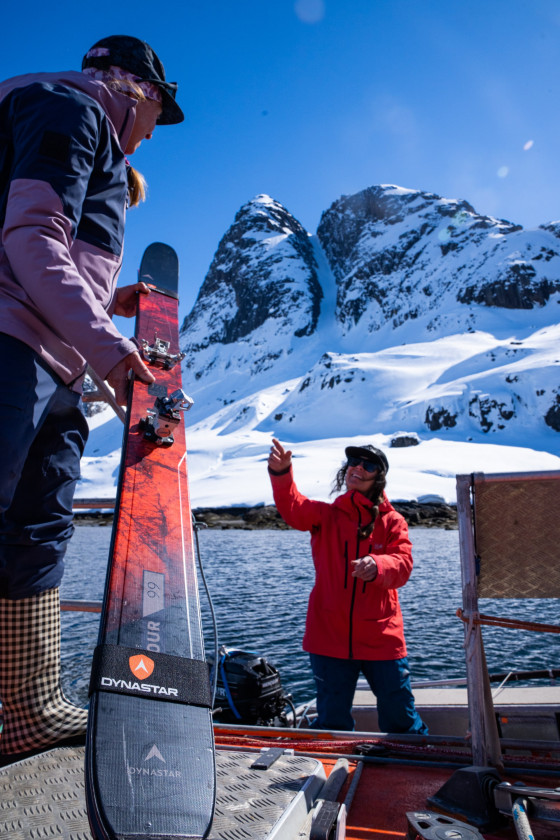 Our sailboat had undergone changes between 2019 and 2022 as well. It had been cleansed of diesel entirely and now had an electric engine. The Knut is a 50 foot Italian-made, Arctic-ready sailboat owned by Captain Benjamin Ruffieux. Ben is first and foremost an artist. He is a gifted photographer and master sailor. He and his partner (also an esteemed artist & master sailor) run a non-profit called the Marémotrice off their sailboat. They take artists into the Arctic to document its bewildering beauty through different sets of artistic eyes. “Taking artists to the sea or around icebergs has a particularity,” Ben says. “It is their job to feel the place and what is happening there--it is their job to transmit what they see and experience on a sensory and emotional level.”  This is Ben’s purpose on the Knut. 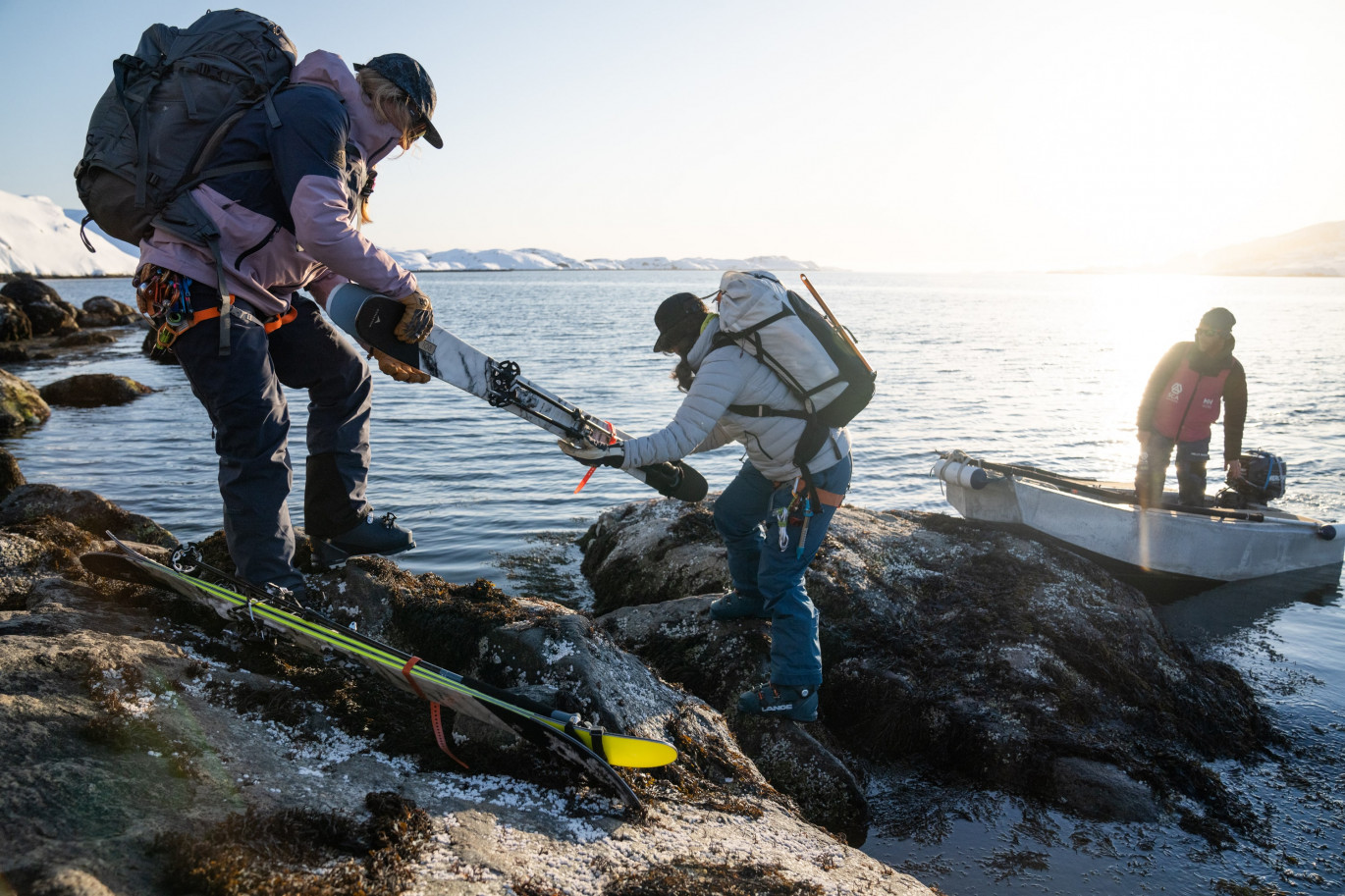 Ben’s other mission is to do all of this on a boat without fossil fuels. During 2020 he threw out the diesel engine on the Knut and replaced it with an electric engine that now runs on solar and wind power. His philosophy includes a future reliant on renewable energy. He agreed to meet Jessica Baker, myself, Sophie Danison (Photographer), and Erich Roepke (Cinematographer) in Maniitsoq at the very beginning of May for another round of skiing and sailing in Western Greenland. The problem with this was twofold: 1- Skiing season in the Arctic is not necessarily sailing season and 2-it was the maiden voyage on the new and improved Eco-Knut so Ben wasn’t even sure how the Arctic sun would charge the new engine.

What ensued was a wild adventure. This go-around we were unable to forge ahead to all the zones we skied in 2019 because the engine simply didn’t have the power to get us there and the wind didn’t necessarily cooperate. Also when the wind did cooperate sailing in narrow fjords is pretty intense. It required a master sailor to tack skillfully up fjords and achieve anchor spots in uncharted waters. This wasn’t a breeze of an expedition. We had to make some tough decisions that resulted in compromise. The Knut took reign of the expedition and learning to move in harmony with something entirely reliant on Mother Nature was a wildly different experience than before. 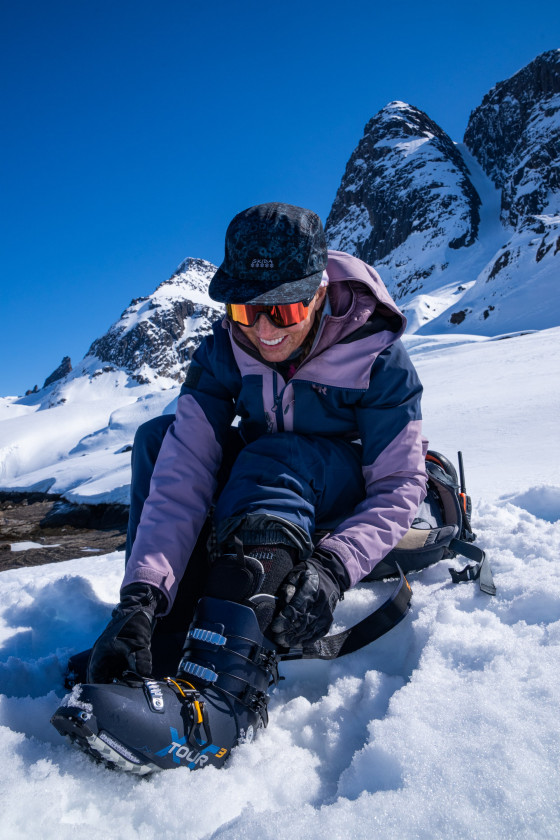 However, we were still able to ski daily even getting up onto the ice sheet and finding our way up some steep couloirs dumping into the ocean. We navigated glacial terrain and skied some butt-puckering lines in variable snow conditions. It was a harrowing journey with deeply rewarding skiing and challenging sailing. An inspiring and formidable journey unraveled as compromise and progress go hand in hand for an experimental expedition attempting to ski and sail from a renewable energy sailboat for the first time along Greenland’s Coast and fjords. This day in age, existing in harmony with our planet is not always an easy task. Which begs the question, to what extent do we as the human race need to change our habits and compromise in order to stop global warming and the effects of climate change to preserve our planet?

The film Going Greenland will tour with film festivals in 2023 launching with a world premiere in Jackson, Wyoming on January 5, 2023 at the Jackson Hole Center for the Arts. Follow goinggreenland.com for upcoming tour information.