It seems funny writing about skiing when we have been locked inside for 2 months and the last ski day seems a long time ago. It’s also an interesting reflection that at a time when many people seem to have so much free time, home schooling 2 children has meant the exact opposite. Family time has been amazing but other writing and photography projects have been left to another time.

Back in February we visited Georgia for ski touring trip, Georgia has suddenly appeared on the ski touring radar. Nestled on the south side of the Caucuses it has mountains up to 5000m but none of the visa or other political hassles attached to skiing in its northern neighbour. The plan was to travel to Tbilisi the capital and meet a Russian colleague and friend who has skied in Georgia many times who would show us around. 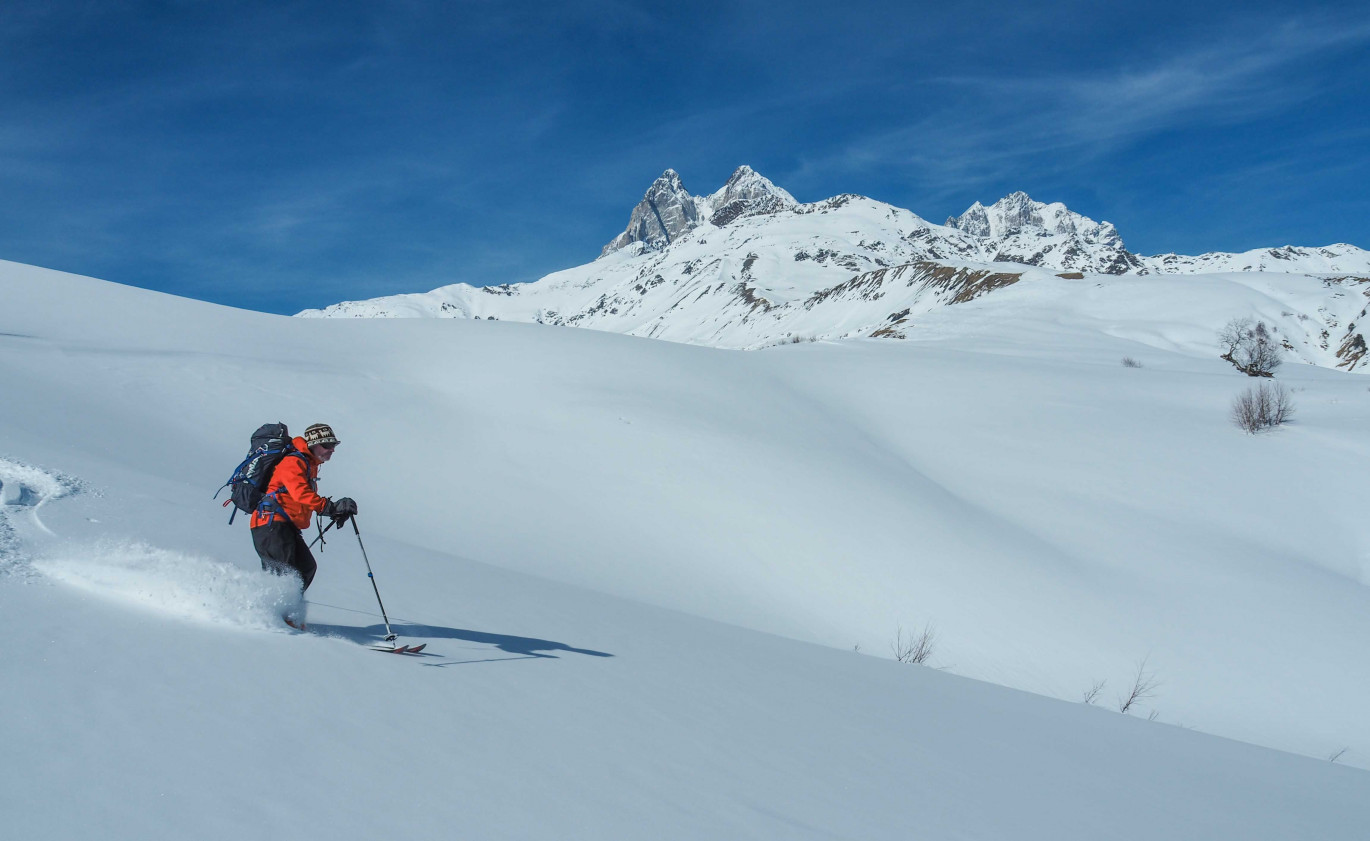 On arrival Georgian hospitality is evident straight away with each guest being presented with a small bottle of Georgian wine at immigration.

Having skied on the North side of the Caucuses in January I knew they did not have a good snow pack this year, it was either too thin or had a very dangerous faceted layer. This led some big scale decision making early on in the trip. We arrived and headed to Gudauri a small ski resort on the main road link between Russia and Georgia. The mountains looked amazing but the snowpack was not either so thin we were hitting rocks or so dangerous our ski choice was extremely limited.

We started with an afternoon warm up ski in the local ski area then had a great tour up to monastery sat on a ridge overlooking South Ossetia a region annexed by Russia a few years back. Everywhere we visited you didn’t have to scrape far below the surface to find some deep-seated animosity towards their northern neighbour. After a welcome tea from the monks we continued along a narrow ridge then did some cornice chopping to access a beautiful descent in settled untracked powder. 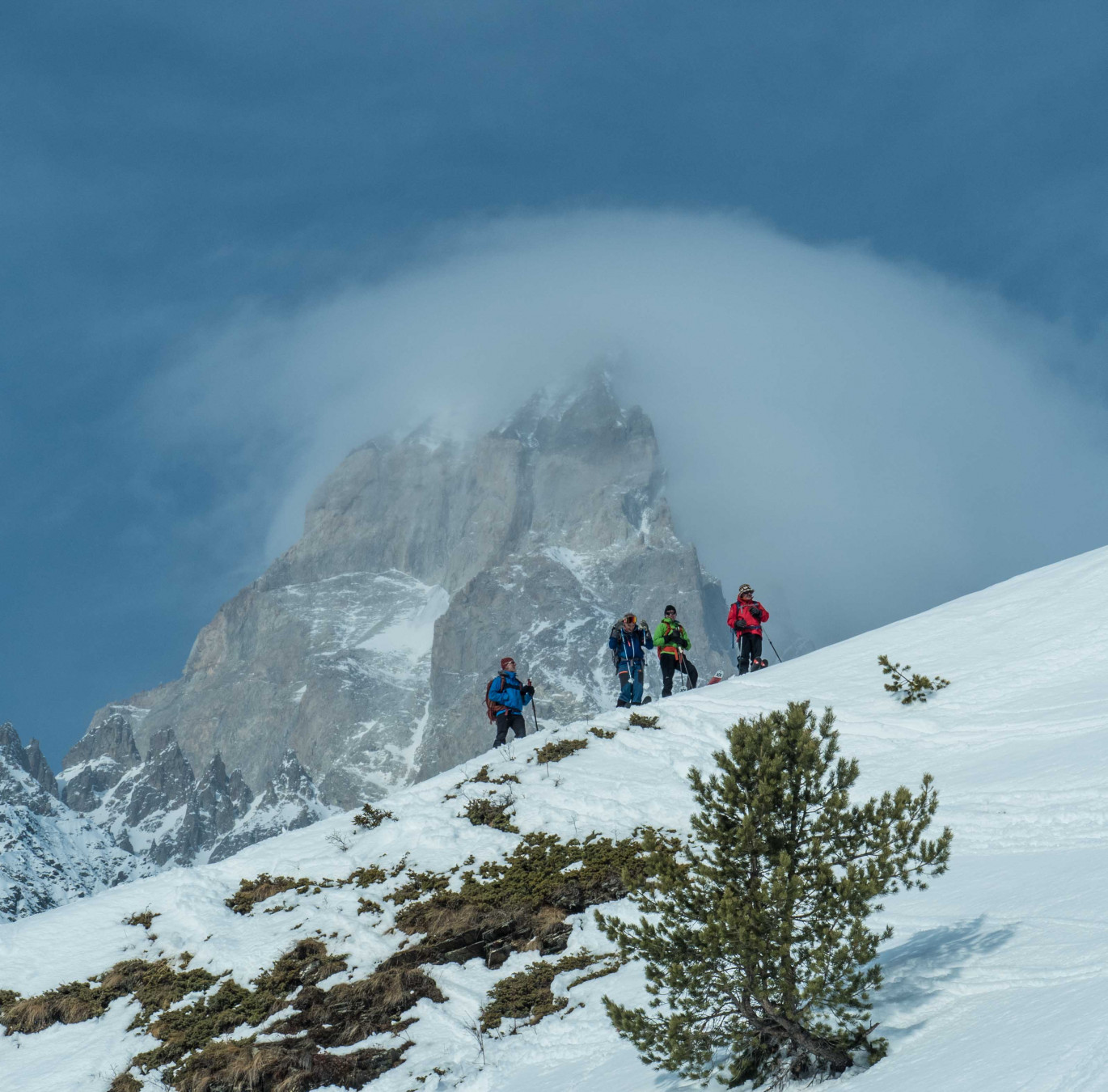 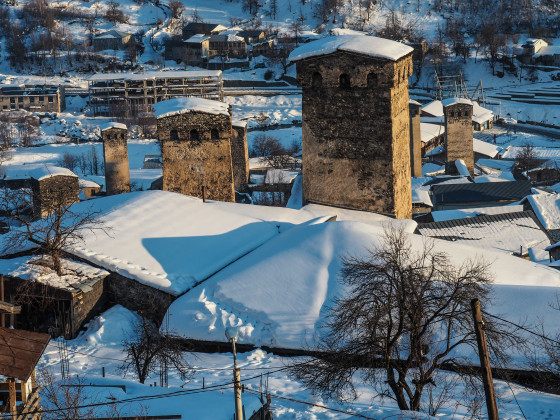 Having seen the snow situation first hand a council of war was held where we decided to move to Mesta further west, Alexey our Russian friend had been there recently, and they had a deeper snowpack. There were 2 options either a 9-hour drive or an hour’s flight but there were no flights available. This is where having a local fixer comes in handy, from being no availability suddenly a plane was available for us and one other passenger. The next day we had an incredible flight right across the front of the main chain of the Caucuses with all the 5000m peaks of Europe spread out before us. The landing into Mestia was pretty sporty with a steep dive into a narrow valley with mountains on both wing tips. Definitely a flight for a clear day.

Mestia is famous for it’s “Svans” these tour were built by the local people for defence where they could retreat to in times of aggression of invading forces or apparently when neighbourly disputes got a bit out of hand.

We set off skiing the next day and found a much deeper snowpack, there was still a nasty faceted layer, and someone had died in an avalanche in a local ski area just before we arrived but there were far more options available.

When dealing with a persistent weak layer problem it’s really important to plan ski tours where you are keeping the angle under 30 degrees until you have a feel for the stability and reactiveness of the layer. Fatmap is an amazing tool for this and really helped us with our daily planning. Added to this we were making lots of stability tests either formal compression and extended column tests but also informal hand shears and ski pole tests to get a feel for what was happening under our skis.

As we explored we found that over time the weak layer was becoming less reactive so we could be a bit bolder with our terrain selection but with lots of big slopes and complex terrain we generally kept things mellow. There was so much great skiing there was no need to head into bigger serious terrain. I think this is a mistake many people make, they equate good skiing with steep skiing, while its true steep skiing is great fun when conditions are difficult the easiest way to come home safe is to keep the angle down and be aware of what’s above you.

The main mountain that dominates the peaks round Mestia is Ushba, this twin headed beauty is 4700m can be seen almost every day we skied, it was great to be so close to it having seen it from the summit of Elbrus a few years ago.

We had a magical few days exploring the local peaks and passes always in the shadow of Ushba. I could tell you the names, but they wouldn’t mean anything unless you had been there and what does a name mean anyway.

All too soon we were out of time and had to make the long road journey back to Tbilisi (if you are skiing in Mestia you would normally fly to Kutaisi) to some this would be a waste of a day but we spent our time visiting some Georgia’s incredible historic sights. Georgia was the second country in the world to adopt Christianity (Armenia was first), so they do old churches pretty well.

I always ask myself at the end of a trip would I go back, the answer with Georgia was definitely yes, there was so much to explore, the people were friendly, the food was good, the wine was great ( they think they invented viniculture) and the mountains gave endless ski opportunities.

As with all ski touring trips I was skiing on a pair of Mythic 97 with pin bindings, I think this is the most versatile set up I have used performing on all snow and being light for the up and fun for the down. 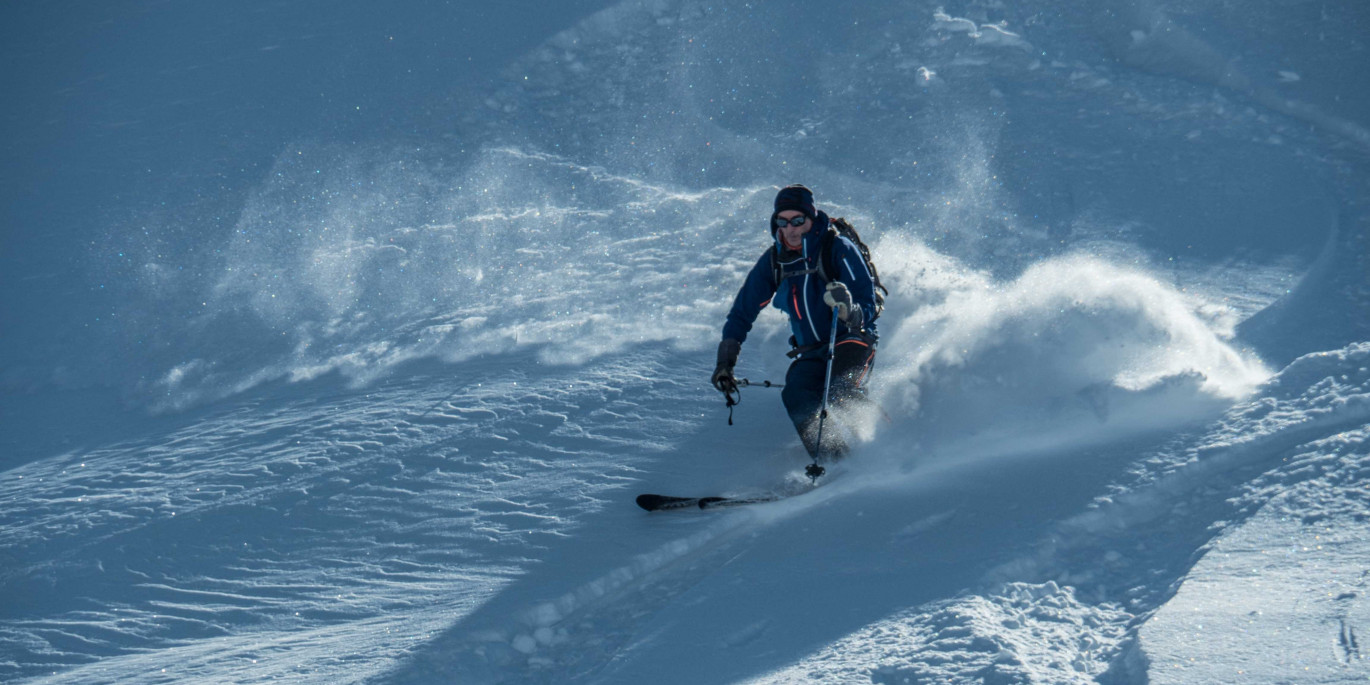 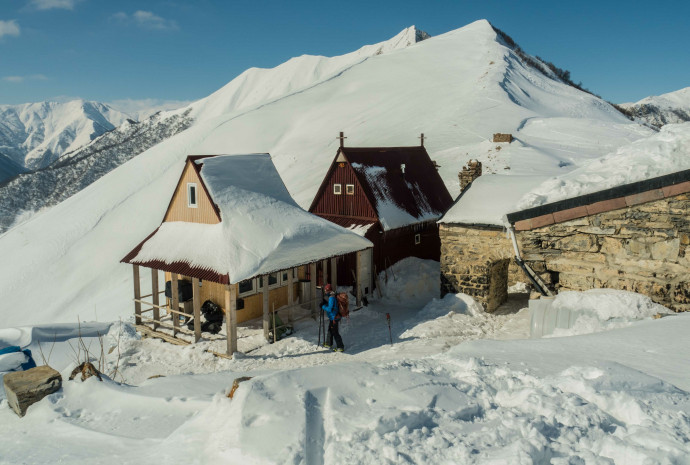 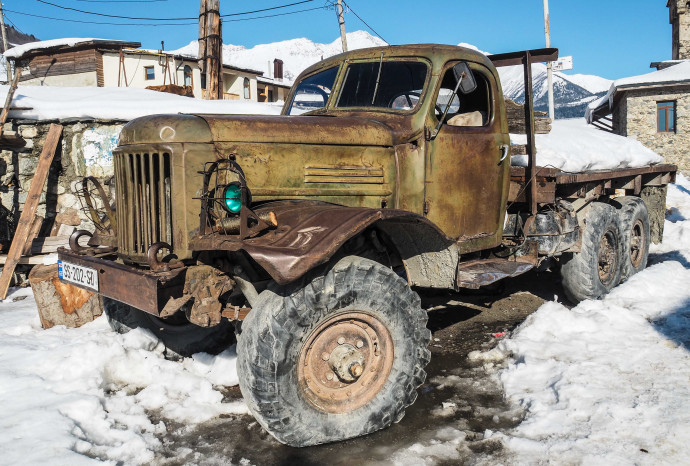