A trip to the Powder Highway that runs through the Selkirks of British Columbia is on the bucket list of most dedicated skiers. The route links up the world class ski areas of Kicking Horse, Rogers Pass and Revelstoke, and also acts as an access point to some of the finest heli skiing on the planet. But few people know of its’ obscure relative; a buck toothed, ginger haired cousin – the Northern Powder Highway. An altogether more obscure and unfashionable road trip.

Running close to the Alaskan border, the Northern Powder Highway holds some advantages over it’s more glamourous southern sibling. Several hundred km’s further north of Revelstoke, spring often comes that little bit later, and the areas main attraction – the backcountry terrain surrounding the small town of Terrace, sits plumb in a meteorological sweet spot of prestigious coastal precipitation and interior continental cold. It sits in the heart of the Goldilocks zone for deep cold powder. The other big attraction? Nobody goes there. For two weeks we’d spend day after day lapping pristine powder in easily accessed side country and never cross another track. 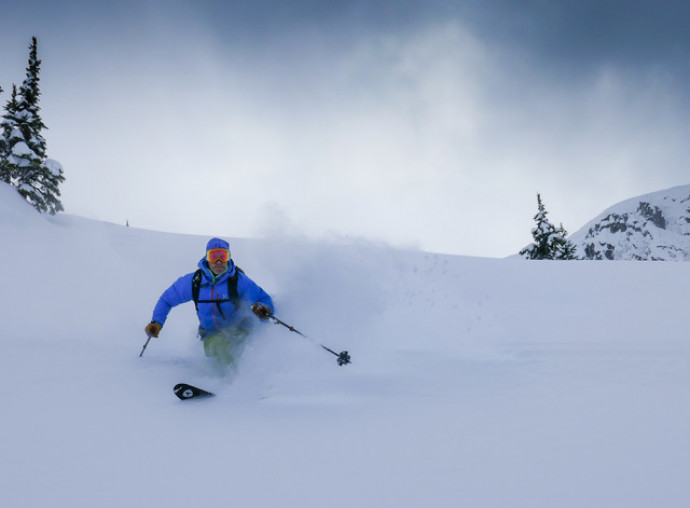 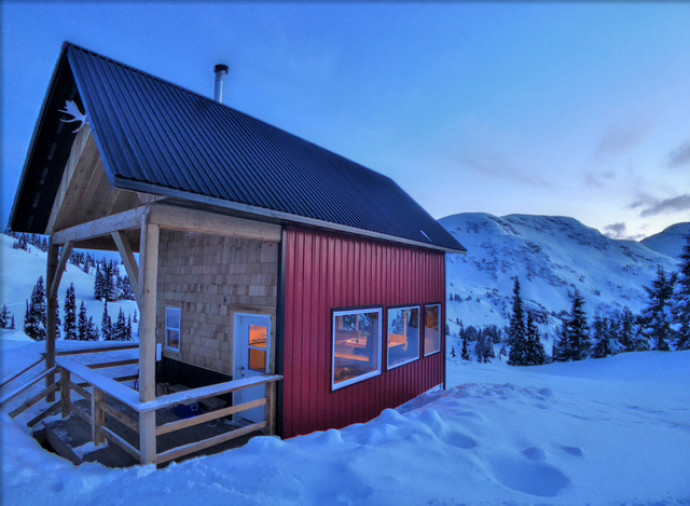 30km west of Terrace sits the ski resort of Shames Mountain. It’s two ancient lifts serve just half a dozen runs: a community owned ski resort that the local are fiercely proud of.  But the real attraction of Shames has little to do with what the lifts offer, when weather and snowpack stability allow, there’s several seasons of backcountry exploring to be had from the back of the resort; a collection of bowls branching off a ridgeline all at the perfect pitch and length. Nothing here is too steep nor too short. We’re back in Goldilocks territory again.

Not surprisingly all this excellent snow and terrain along with cheap land has attracted its fair share of ski bums over the years who have settled and made the town of Terrace home. As a result, a couple of community managed huts have sprung up in the heart of the Terrace backcountry. Accessible by one of the many helicopter outfits that are based in town, and with nobody creaming off a profit, a night’s hut stay runs at the same price as a couple of beers at the craft brew pub in town. We spent 3 days of isolation in one of the huts and it was hands down the best three days skiing of my winter. Sited perfectly at gladed tree line, the huts provide super-fast access to cold powder on the north facing slopes of the regions higher peaks. Hard to imagine this was April at 1500 metres. The skiing felt like solid winter, our nostrils freezing on the final skin back to the hut as the sun set each evening. The excellent Baldwin map of the area gives a good starting point, but at its’ heart this is wilderness skiing. Scope a line, skin to its top, drop the line. Repeat. 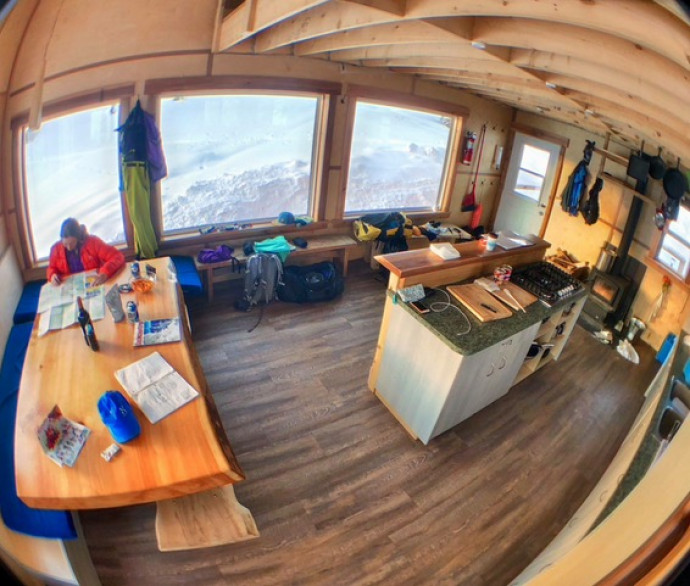 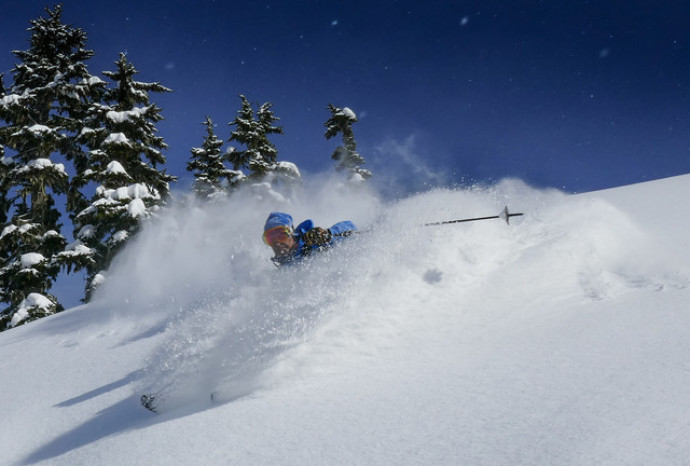 With a combination of heli accessed touring, lift served off piste skiing and big mountain glacier days that the Smithers region has to offer, I was torn as to the best skis for this trip. I really wanted to charge hard on the Legend 106’s, but with so many unknowns in the equation I reverted to the backcountry quiver of one – the Mythic 97. If terrain and snow is the question, invariably the Mythic is the answer.

Terrace feels like Revelstoke 20 years ago, but because of its relative remoteness from large centres of population it’s unlikely to change much in the coming years. The huts will stay quiet, the powder filled bowls will stay largely untracked. The Northern Powder Highway might be the obscure distant relative of it’s more glamorous namesake, but we loved it all the more for it. 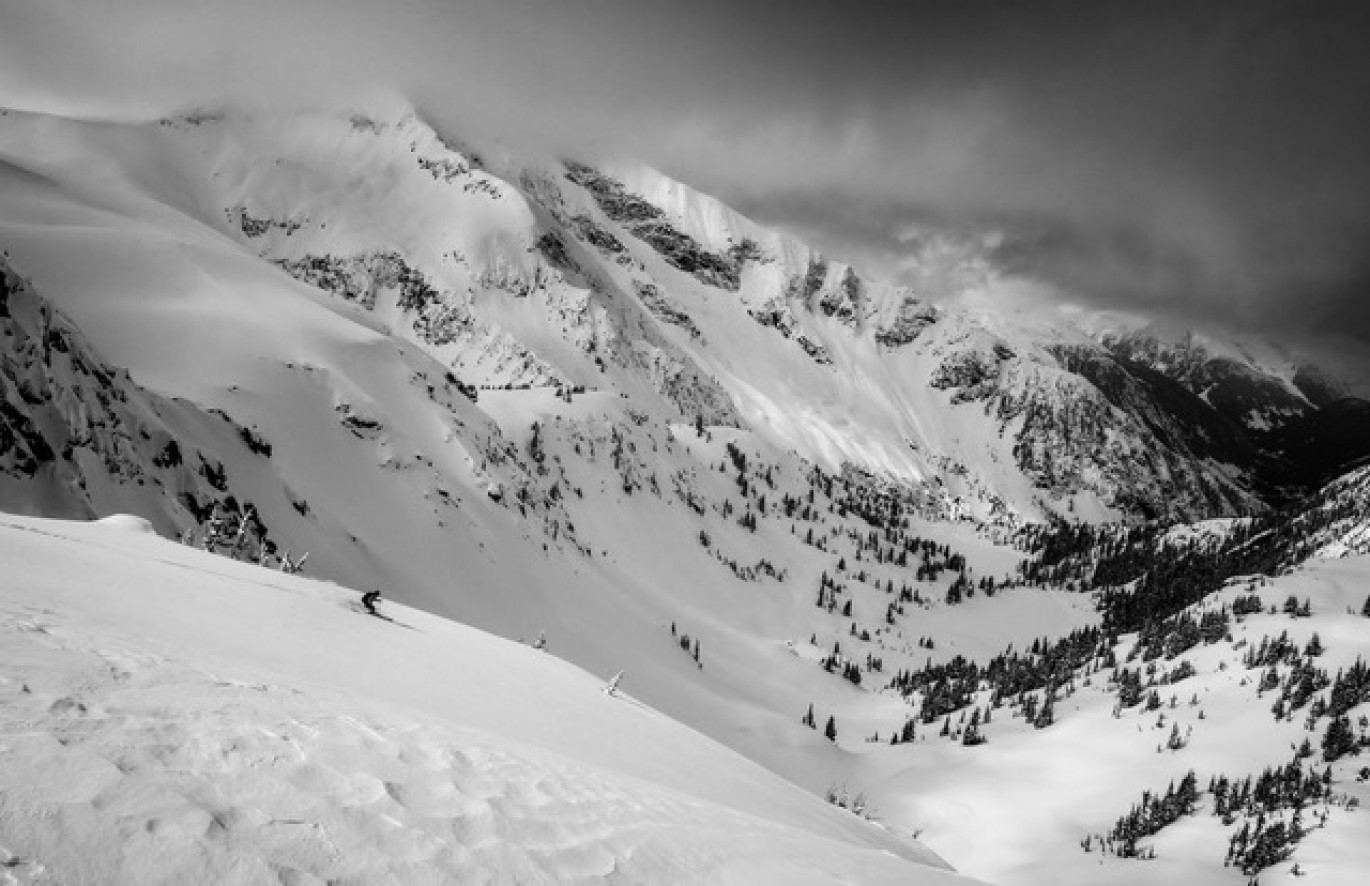