Dynastar - What about Japan?

A ski trip to Japan is about more than just the skiing. Riding in rural Japan is a gateway into an exotic and wonderfully baffling culture. Fortunately for us it also happens to be a culture that gets buried under several feet of low density powder every January.

Dynastars’ Bruce Goodlad has been running guided ski touring trips to Japan for several seasons now, and he’s linked in with a network of local ski guides in a remote volcanic area of the main island. It’s a non-descript part of rural Japan in many ways, its primary attraction being it gets a lot of snow. Let me quantify a lot of snow in Japanese terms: in the 10 days we skied there the snow base increased by over 2 metres. Nightly snowfalls of 30cm were the norm. It was frankly astonishing.

The accommodation in this part of the Japan is a big part of the experience. We stayed in traditional Onsens – Japanese Inns that have been constructed around thermal hot springs high in the mountains, from where it’s possible to ski directly from the door. They often date back several hundred years. The Inns serve food that is…erm, interesting to a western palette. In one of the Onsens I met an old ski guide friend from Iceland who has also been making the annual Japanuary snow pilgrimage for several seasons now. He remarked that the combination of deep trail breaking in biting cold temperatures, après ski of soaking his body in communal hot springs, and a restricted fish based diet leaves him slimmer, stronger, and feeling healthier than at any other point of his year. It’s become the foundation of his ski season. He had a point: I lost two kilo’s in two weeks on the trip.

Japan ski’s? With moderately short days often accessed by lifts, the girthy punch of the big 106 Dynastar Legend was an obvious choice. Solid. Stiff. Predictable. Reliable in every turn. It floats as any 106 underfoot ski would be expected, but they’re as lively as most 96 underfoot planks. The brand new Dynastar Menace that’s currently making the rounds at European trade shows looks like a contender for the perfect Japan ski. It was no coincidence that we came across a member of the Japanese Dynastar Pro riding team testing out a pair whilst deep in the backcountry.

Back to the snow. Shall we talk some more about the snow? Well, every ski magazine article and social media post you’ve seen is true. Face shot after face shot, turn after turn, day after day. If skiing deep powder is your primary ski requirement (and isn’t it for everyone?) then I cannot think of a better destination in the world.

I’d been putting off travelling to Japan to ski for a number of years. Hype rarely equates to reality. It’s a long time spent on planes from Europe and it’s an expensive trip. It’s a confusing place. But my list of special places to ski in the world, places that deserve returning to every few years and that lurk in the background as an option as part of your annual ski trip planning…well, its’ just increased by one more place. If like me, skiing for you is about the pure joy of deep wild snow in remote places whilst experiencing new peoples and culture then I urge you to ski Japan. 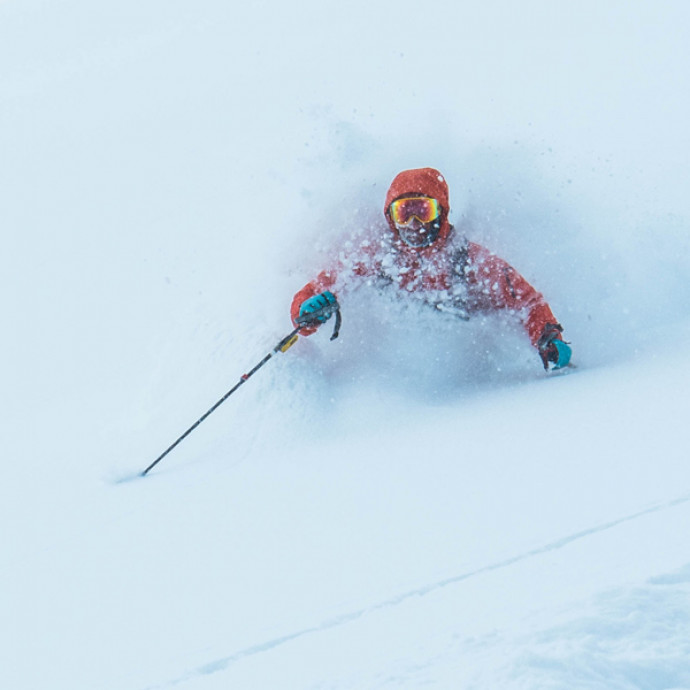 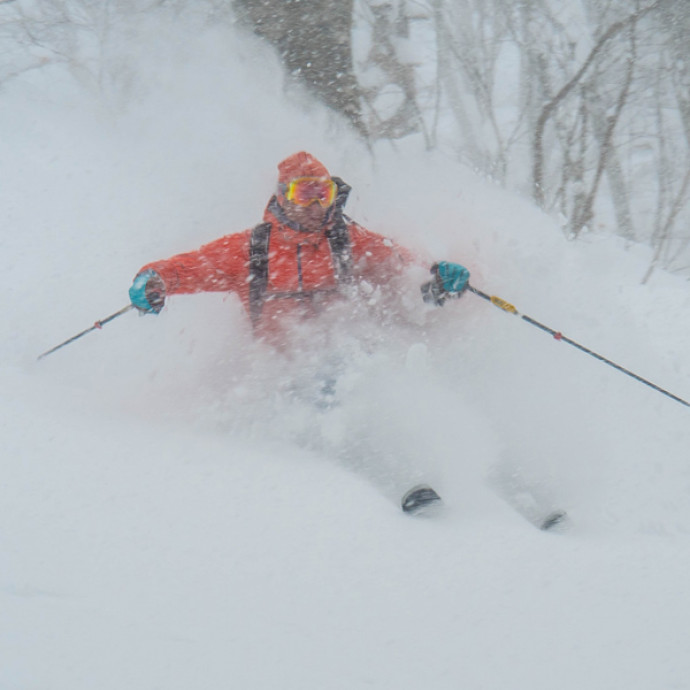